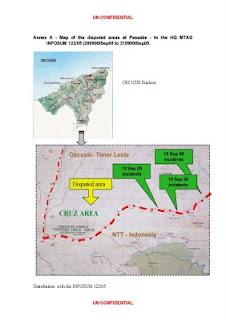 Lao Hamutuk asks on the east-timor list "Why are TL VIPs in China?"

After spending all last Monday in Parliament successfully defending his placing Timor-Leste's "national interest" above legal and Constitutional limitations, Prime Minister Xanana Gusmão -- together with the Ministers of Finance, Infrastructure, and Foreign Affairs, the Secretary of State for Natural Resources, and the head of Timor-Leste's armed forces, headed to China to participate in a Western China trade fair and visit a shipyard (see press release below).

This is a high-level group for a relatively unimportant activity, but there are other reasons to go to China.

Perhaps the visit is related to the new Budget and Financial Management Law which Parliament passed on 24 September. In addition to outlining how the State Budget is to be approved (the General State Budget for 2010 will be sent to Parliament this week), this law allows the Minister of Finance to borrow money from governments like China, without any Parliamentary or public oversight of the terms or repayment of the loan (see NGO commentary at http://www.laohamutuk.org/econ/09FONGTILSubOrsJesFin18SepEn.pdf ).

La'o Hamutuk doesn't yet have confirmed information that the six high Timor-Leste officials went to China to borrow money, but the timing of the visit, together with the demonstrated policies of this government to spend far more than the sustainable level recommended by the Petroleum Fund law, give us reason for concern.

If they have more time, the Ministers can look into the apparently stalled $385 million Heavy Oil Power project, awarded last year to Chinese Nuclear Industry Construction Company #22. Much of this year's $85 million budget line for this project has been reallocated to the Referendum Package of small local infrastructure projects. However, if the flagship power project of the government "year of infrastructure" is ever to be realized, something must be done. (See http://www.laohamutuk.org/Oil/Power/08PowerPlant.htm .)

La'o Hamutuk welcomes more information about these issues from any source, and encourages people to pay close attention.

Indonesian government officials have estimated that at least $600 million will be needed to repair basic infrastructure damaged by the earthquake. Countries around the world have pledged and sent humanitarian assistance, but it is not enough to enable to rebuild. Meanwhile, continues to send almost $9 billion every year to foreign governments and international financial institutions in payment on its foreign debt....

...It should embarrass this institution -- and all of you as representatives of United Nations member states-- that this committee must continue to discuss the situation of Western Sahara. The discussion should have ended long ago, and its people should have exercised their right to self-determination.

The parallels between the situations of Timor-Leste and Western Sahara are clear. In 1975, within weeks, larger neighbors, defying international law and the UN Charter, invaded both countries as they were on the verge of decolonization. For decades, Morocco and Indonesia continued to brutally occupy and illegally exploit the resources of Timor-Leste and Western Sahara in defiance of UN resolutions. The invaders received weapons and diplomatic support from the United States and other powerful countries. Both colonies remained on the General Assembly agenda as non-self-governing territories. Both invasions were clearly condemned by the Security Council. Both peoples suffered horrendous human rights crimes, including torture, disappearances, displacement, and rape. Those who organized and ordered these crimes have yet to be brought to justice. This only encourages others to defy international law....

We urge Morocco and its allies to end their delaying tactics. The United Nations and its member states should fulfill its promise to support decolonization worldwide and more forward with Western Sahara's referendum 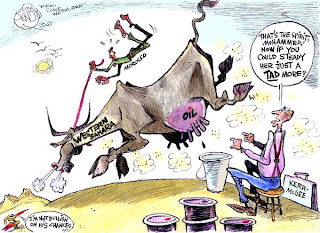 UPDATE: ETAN now carries the book International Law and the Question of Western Sahara, which includes a chapter on West Papua and several on the parallels between Timor-Leste and Western Sahara. Go here for more information on how to order. 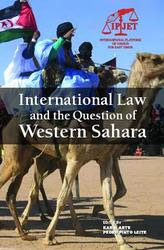