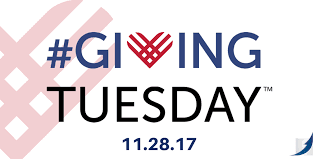 Activists in Timor-Leste have long felt a strong connection and sought to offer solidarity to the Palestinian struggle for self-determination, peace and human dignity. Human rights and student groups have organized seminars, rallies, candlelight vigils and solidarity statements to support peace and justice in Palestine. After receiving an international call to celebrate the success of a 40-day hunger strike by Palestinian political prisoners, Timorese human rights activists contacted the Timor-Leste Association of Ex-Political Prisoners. Together, they drafted the following statement, which they released on the 50th anniversary of the beginning of Israel's occupation of the West Bank and Gaza.

We congratulate the 1,500 Palestinian Political Prisoners (men, women and children) who, through their 40-day collective hunger strike, have secured basic rights which had been systematically denied them by Israel. We celebrate the courage and commitment of your collective action; we celebrate your success.

As we celebrate, we also declare our solidarity and call attention to the long and continuing struggle for freedom, equality, self-determination and basic human rights of the Palestinian people. Our national history teaches us that when faced with occupation, oppression, and injustice, there is no choice but to resist. “To resist is to win.”

Many of us are ex-political prisoners, jailed by Indonesia because we refused to simply accept an illegal occupation of our land. During Indonesia’s brutal occupation, we stood up to military violence and human rights abuses; we stood up against an international order oriented to U.S. corporate interests and militarism. We stood up for the dignity of ourselves, our families and our communities. We stood up for our vision of peace and justice, now and in the future. We encourage political prisoners and wish to tell you that many times, our struggle for a noble cause demands sacrifice and determination. We must believe that the truth will win and will bring happiness to many people. All of your sacrifices will be acknowledged; tudo vale a pena (‘everything is worth the effort’).


Klibur Solidadariedade was formed was formed by Timorese and international solidarity activists in 2009, on the 10th anniversary of Timor-Leste's historic referendum on independence.