The East Timor and Indonesia Action Network is saddened by the death of historian and activist Howard Zinn. He was and remains an inspiration to many of us. He was a valued supporter of ETAN. He not only chronicled the actions of the "ordinary" people who make change from the grass roots, but was a participant in key movements in our time.

In 2002, he endorsed ETAN's work in our annual appeal he wrote:

I think you'll agree with me that the East Timor Action Network (ETAN) not only proved that independence for East Timor was possible but helped make it happen. ETAN harnessed the power of ordinary people in the United States -- people like you and me -- to redirect the policy of the most powerful government in the world. I can't think of a better recent example of grassroots action changing U.S. foreign policy.


"He's changed the conscience of America in a highly constructive way. I really can't think of anyone I can compare him to in this respect....Both by his actions, and his writings for 50 years, he played a powerful role in helping and in many ways inspiring the Civil rights movement and the anti-war movement."


Watch , listen or read Democracy Now! on Zinn with Chomsky, Naomi Klein and others.

Email ThisBlogThis!Share to TwitterShare to FacebookShare to Pinterest
Labels: ETAN

The U.S. Department of State missed a chance to correct omissions and distortions in its "Background Notes" on Indonesia. State has just issued an update, but the only changes seem to involve noting new official in the U.S. Embassy in Jakarta and in Indonesian government.

In Flawed History: What Goes Un-Noted in the State Department's "Background Notes" on Indonesia, ETAN and the West Papua Advocacy Team analyzed the October 2009 (and still largely unchanged) version. We found that:


...the latest report at several points misrepresents key historical developments. In general, the presentation reflects an historical narrative developed by the Indonesian government of the dictator Suharto and subsequently maintained by successor Indonesian administrations. The "Background Notes" generally fail to address accurately the problematic role of the Indonesian military (TNI) either historically or currently. The "Notes" fail to describe the central role of the military in the killing of hundreds of thousands in the period immediately following the seizure of power by Suharto and the mass killings in East Timor and West Papua. The "Background Notes" contend that civilian control of the military is "strengthening," notwithstanding the continued powerful role in Indonesian politics and the economy. The document also fails to note that the military continues to enjoy impunity for past and ongoing human rights violations, corruption and other criminal activity.

The video above shows East Timorese police beating a man who's only "crime" appears to be carrying a sign. This is shocking enough. That several UN police officers stood by as the beating went raises many questions about the UN's role as mentor and trainer of Timor-Leste's police. If the international police won't intervene as police brutality takes place right in front of them, what lessons are they teaching Timor's police?

The release of the video comes after several police officers are accused of killing a young Timorese man at a party at the end of last year. These and other event reflect a disturbing pattern. As a young country, Timor-Leste has a chance to create a police culture which respects and defends human rights. To do so, Timor will need international police mentors who understand this and Timor-Leste will need overcome the legacy of Indonesia's occupation and its official brutality.

Finally, given all the security personnel never held accountable for serious human rights crimes over the last 35 years, I wouldn't be surprised if these officers assumed their would be no consequences for their actions - even with cameras and the President present. We hope the new nation's justice system provides some justice victim.

Inside Indonesia: The killings of 1965-66 articles include: Accomplices in atrocity The mass killings of 1965-1966 in Indonesia were international, not just local, events - and the US played an important role - Brad Simpson 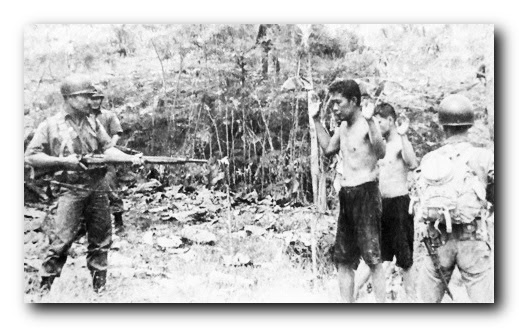 Photo from Inside Indonesia