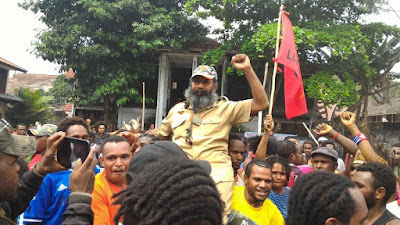 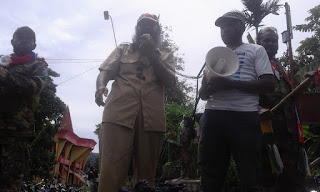 Join ETAN. Sign Up Today!
Subscribe to ETAN's email lists on West Papua, Timor-Leste, and Indonesia
Posted by John at 7:23 AM No comments:


CONTENTS
This edition's Perspective discusses the implications for West Papua for the Indonesian military's continuing effort to re-involve itself in civilian affairs.

Update summarizes the grave problems of toxic smoke from massive fires set by palm oil plantation developers and others across the Indonesian archipelago. For the first time, fires are taking place on a large scale in West Papua. Transmigration continues to undermine West Papuans. The lack of Papuan involvement in the controversial plan to extend Freeport's mining concession in West Papua is raising concerns. The Indonesian government'sMelanesian gambit meets resistance.

Want to receive issues of the West Papua Report via email: send us a note.