Join ETAN and other organizations in protesting Henry Kissinger's appearance at the Intrepid Air and Space Museum. Kissinger - whose government career involved denying people their freedom and democratic rights - is slated to receive the Intrepid Freedom Award for - we kid you not - "his distinguished career defending the values of freedom and democracy." The ceremony also will honor David Koch, executive vice president of Kansas-based Koch Industries, Inc. 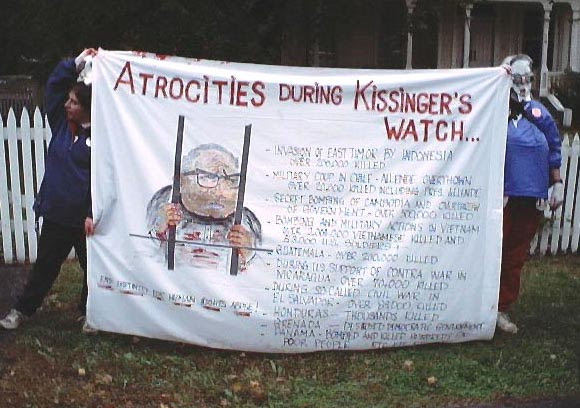 On December 6, 1975, then Secretary of State Kissinger and President Gerald Ford visited Jakarta. At their meeting, Ford gave Indonesia's dictator Suharto an explicit go ahead for the invasion of East Timor and Indonesia invaded the next day. According to East Timor's Commission on Reception, Truth and Reconciliation (CAVR) up to 180,000 died as a direct result of the illegal invasion and occupation. Declassified and leaked documents show that Kissinger understood that Suharto was balking at invading, concerned that the U.S. would cut off its supply of weapons and military training. Kissinger guaranteed continuation of weapons shipments. According to Timor-Leste's Commission for Reception, Truth and Reconciliation as many as 180,000 people died as a result.  For more on Kissinger's role in East Timor click here.

Indonesia invaded West Papua, then Netherlands New Guinea, in 1961. Henry Kissinger, in his capacity as the Secretary of State, played a personal role in insuring that West Papuans were not given the opportunity to have a genuine independence referendum in 1969. The sham "consultation" that took place instead, the so-called

"Act of Free Choice," condemned the West Papuan people to decades of terror under an Indonesian military occupation, which continues today. Kissinger later served on the Board of Directors of Freeport McMoRan, the U.S. company which controls one of the world’s largest copper and gold mine in West Papua. Kissinger defended the company’s interests in post-Suharto Indonesia. 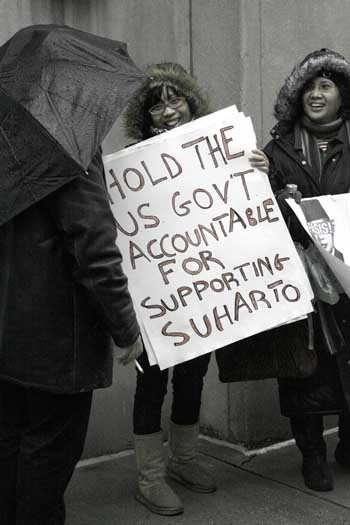 There will also likely be a demonstration the evening of May 30 in New York City, should the Appeal of Conscience Foundation go forward with its Statesman of the Year award to Indonesia's president. Stay tuned. In the meantime, sign the petition.
Posted by John at 5:00 PM No comments: