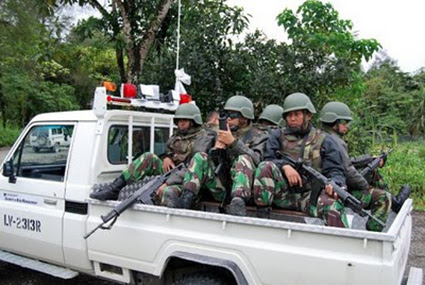 This edition's Perspective is the first part of an article by Made Supriatma about Indonesian security force deployments in West Papua. In Update: Papuan leaders from around the world gathered in Vanuatu. Peaceful Papuan demonstrators were detained and shot during events commemorating the founding of the West Papua National Committee (KNPB). Papuan Behind Bars reports that 69 West Papuan political prisoners are currently in Indonesian government custody. The U.S. government plans to expand its support for "modernization" of the Indonesian military (TNI). Reform of that deeply corrupt, human rights abusing and unaccountable institution is not on the U.S. or TNI "modernization" agenda. Indonesia's new defense minister plans to re-institute military influence in civilian sectors. The plan would undo much of the limited post-Suharto reforms with specific negative consequences for West Papua. Another military plan, apparently endorsed by President Widodo, would put new military commands in West Papua. In Chronicle, Papuan political prisoner Filep Karma is interviewed by Michael Bachelard. A review of the 2001 Bloody Waisor incident provides important context to new logging plans. Budi Hernawan revisits the murder by Kopassus of Theys Eluay and the disappearance of his driver. Finally, we note a timely analysis of Indonesia's growing efforts to wield influence in Melanesia where support for West Papuan self determination is growing.


December 11 - The East Timor and Indonesia Action Network (ETAN) today urged the U.S. Senate to act quickly and pass Sen. Tom Udall's (D-NM) resolution calling on the U.S. government to "make available to the public all classified records and documents concerning the mass killings of 1965 and 1966" in Indonesia.

The resolution, introduced on December 10, Human Rights Day, "condemns the mass murder" and "expresses great concern about the lack of accountability enjoyed by those who carried out crimes during this period."

"The peoples of the U.S. and Indonesia deserve to know the full truth about these events. The U.S. must declassify and release all files related to Suharto's U.S.-backed seizure of power and the horrific events which followed," said Chris Lundry of ETAN. 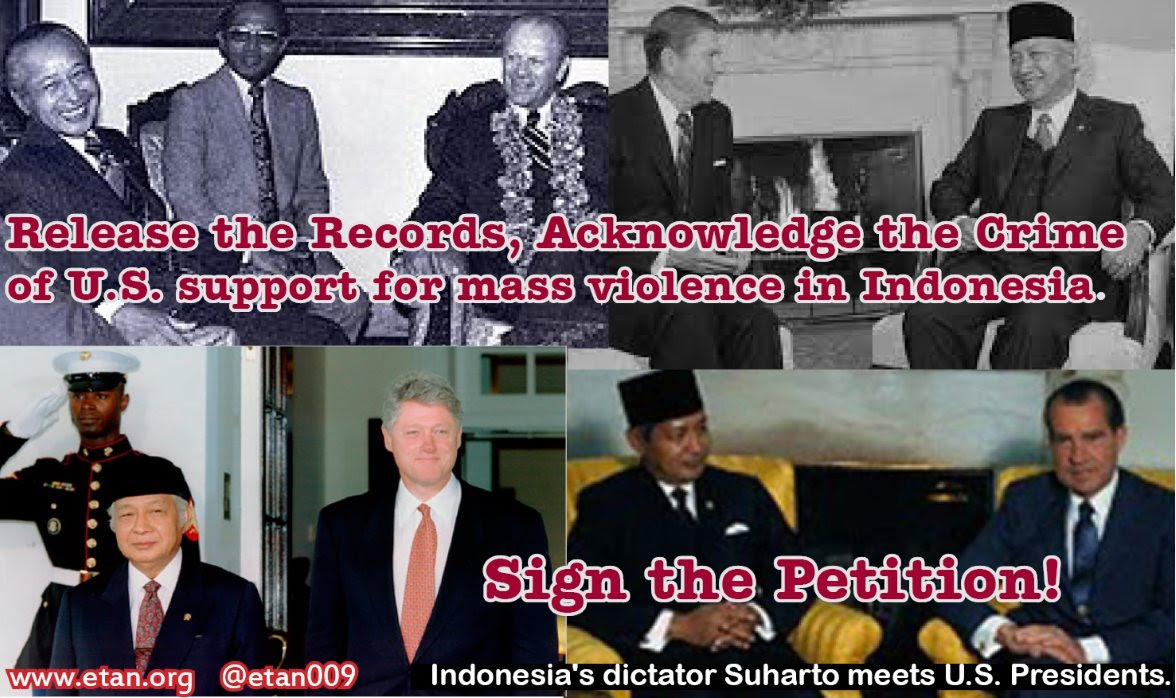