Prabowo on Santa Cruz massacre, being a fascist dictator

Nairn writes that "Prabowo talked about fascism, democracy, army massacre policy, and his long, close relationship with the Pentagon and US intelligence."


"Prabowo's complaint was not with the fact that the army had murdered civilians, but rather that they had done so in front of me and other witnesses who were then able to report the massacre and mobilize the outside world.

"'Santa Cruz killed us politically!,' Prabowo exclaimed. 'It was the defeat!'

"'You don't massacre civilians in front of the world press,'" General Prabowo said. 'Maybe commanders do it in villages where no one will ever know, but not in the provincial capital'!" 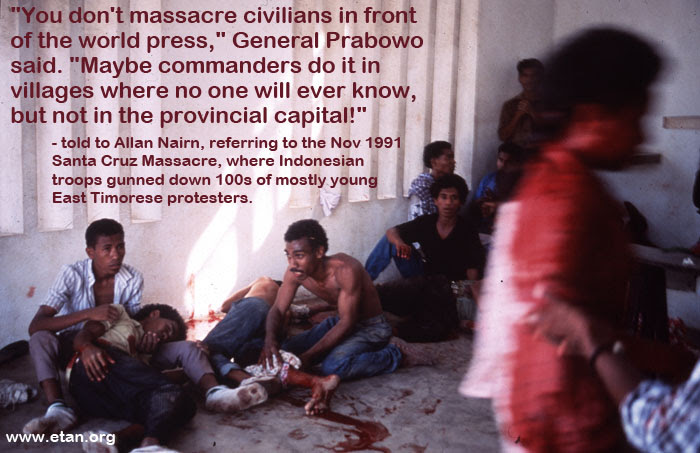 "Prabowo said he admired him greatly.

"'Do I have the guts,' Prabowo asked, 'am I ready to be called a fascist dictator?'" 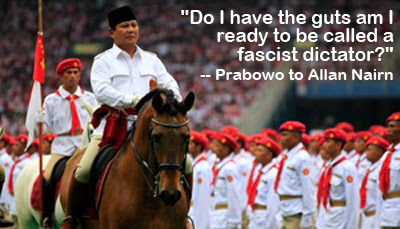