June 30, 2014 - In a statement released today human rights groups urged the next government of Indonesia "to break with the past [and] fully and meaningfully address the legacy of impunity for past human rights violations," adding that "the continued lack of accountability for past and ongoing violations of human rights threatens lasting progress."

The statement, coordinated by the East Timor and Indonesia Action Network (ETAN) and signed by 32 organizations based in a dozen countries, urged the Indonesia government to “provide meaningful reparations for the victims, survivors and their families of egregious human rights crimes.” It also called on the next government to bring the military “fully under civilian control and the rule of law.” 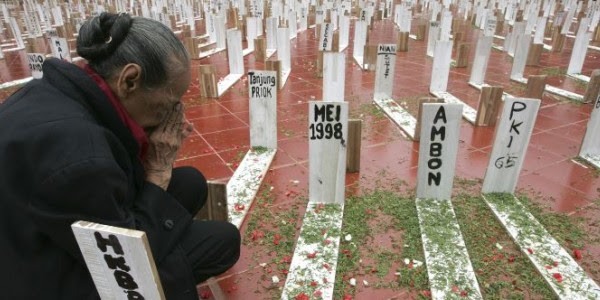