Today is anniversary of Santa Cruz massacre. Hundreds of peaceful protesters were killed by Indonesian troops. The killings were filmed and alerted the world about East Timor. ETAN was founded soon after.

Mothers, fathers, sisters and brothers clutched photos of dead relatives on Thursday, holding flowers and candles as they set out from the Motael Catholic church singing Hymns, saying prayers and weeping.

"My son is still missing," said 71-year-old Maria Lourenca, whose boy Antonio was a junior high school student at the time. "I want justice for his death. He was too young. The Indonesian soldiers who shot him should be punished."


For background information about the massacre go here. 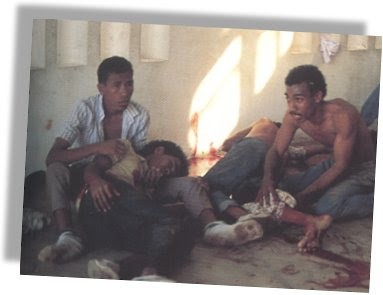