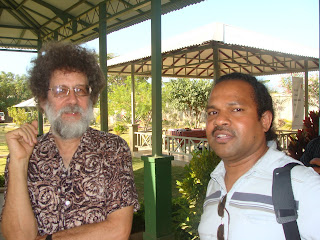 Aderito (right) with ETAN (and La'o Hamutuk's) Charles Scheiner in Dili, September 2009. Photo by John M. Miller/ETAN
Posted by John at 9:18 AM