Note: With this edition, West Papua Report has changed format: The Report leads with "Perspective," an opinion piece; followed by an "Update," a summary of some developments during the covered period; and a "Chronicle" which lists of statements, new resources, appeals and action alerts related to West Papua. Anyone interested in contributing a Perspective or responding to one should write to edmc@msn.com. The opinions expressed in Perspectives are the author's and not necessarily those of WPAT or ETAN. 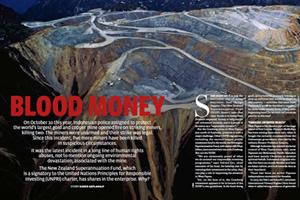