Timorese remind that All Are Responsible for Justice for Serious Crimes

The Timor-Leste National Alliance for an International Tribunal (known by its Tetum initials, ANTI) issued a statement today in the lead up to the May 20 anniversary of the restoration of independence.

Here some excerpts, full statement in English and Tetum is here:


In three days time, the Timorese people will celebrate the anniversary of the restoration of our independence. Though we have been happily celebrating the day with festivities for nine years, a portion of the population is sad on this commemorative day because of wounds that have not healed and still inflict pain. These wounds will not heal while those responsible for them remain free from judicial accountability...

We ask you all to consider that the demand for justice for Serious Crimes is not just necessary for the Timorese people, it is not for a movement or a group, but it is the responsibility of everyone in this country, of the international community, and particularly of the United Nations. We are conscious that the demand for justice is not just for Timorese people, but is necessary to prevent future Crimes Against Humanity and human rights violations in other countries. For this reason we firmly insist that the time has come to end the chain of impunity for Timor-Leste and for the people in other countries. 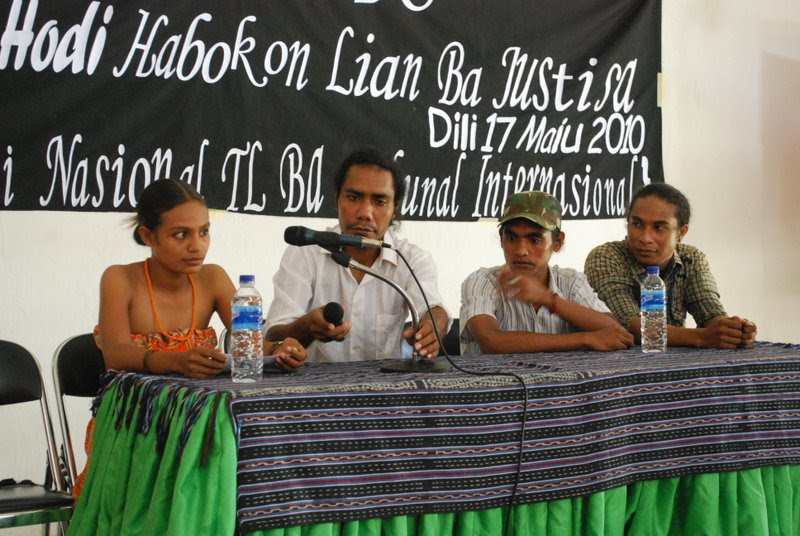 Photo from Lao Hamutuk
Posted by John at 12:00 PM

Email ThisBlogThis!Share to TwitterShare to FacebookShare to Pinterest
Labels: justice